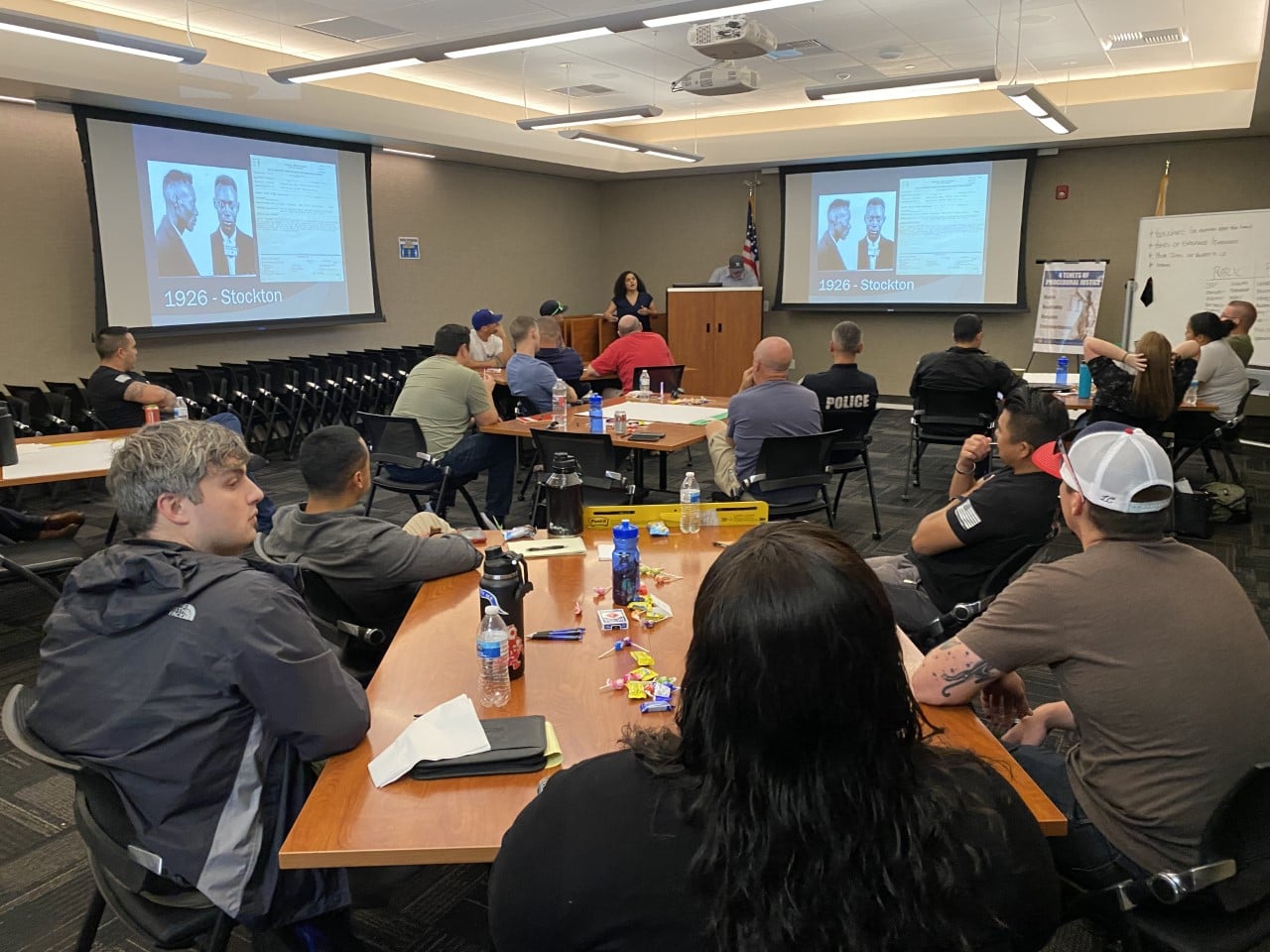 In an effort to strengthen community policing and strategies, every employee of the Palm Springs Police Department began participating today in a week of intensive eight-hour daily training in Principled Policing, Procedural Justice, & Implicit Bias.

A total of four PSPD employees were selected as Implicit Bias instructors and received training and certification from California Peace Officer Standards and Training.

According to TrustandJustice.org, implicit bias is defined as the automatic association people make between groups of people and stereotypes about those groups. Under certain conditions, those automatic associations can influence behavior – making people respond in biased ways even when they are not explicitly prejudiced.

The course is broken down into small groups. The training consists of six areas that focus on policing approaches that emphasize respect, listening, neutrality, and trust, while recognizing and addressing biases that can be barriers to these approaches. As a result, the training helps to create a broader awareness of both procedural justice and implicit bias to build trust, as well as improve the safety of the officers and the public they serve.

“Reducing the influence of implicit bias is vitally important to strengthening relationships between the police and our community at large,” said Acting Chief of Police Melissa Desmarais. “The Palm Springs Police Department is committed to providing advanced officer training in this subject that is not only engaging and relevant, but also evaluated and measured in a way that creates a significant positive impact on our organization.”

In addition, Desmarais noted Palm Springs has one of the best trained police forces in the state and that the department has developed numerous courses certified by the State of California Peace Officers Standards and Training that exceed minimum state requirements, with more than 18,000 hours of training to staff every year in a robust, state-of-the-art facility.

PSPD serves a community of 48,000 residents and more than 5 million annual visitors.

“In today’s world, our officers must be prepared to deal with any problem they encounter,” said Desmarais. “With that in mind, the department places significant emphasis on quality training and prides itself on having the best trained staff in several fields of expertise so that we can offer the high level of service our community demands.”