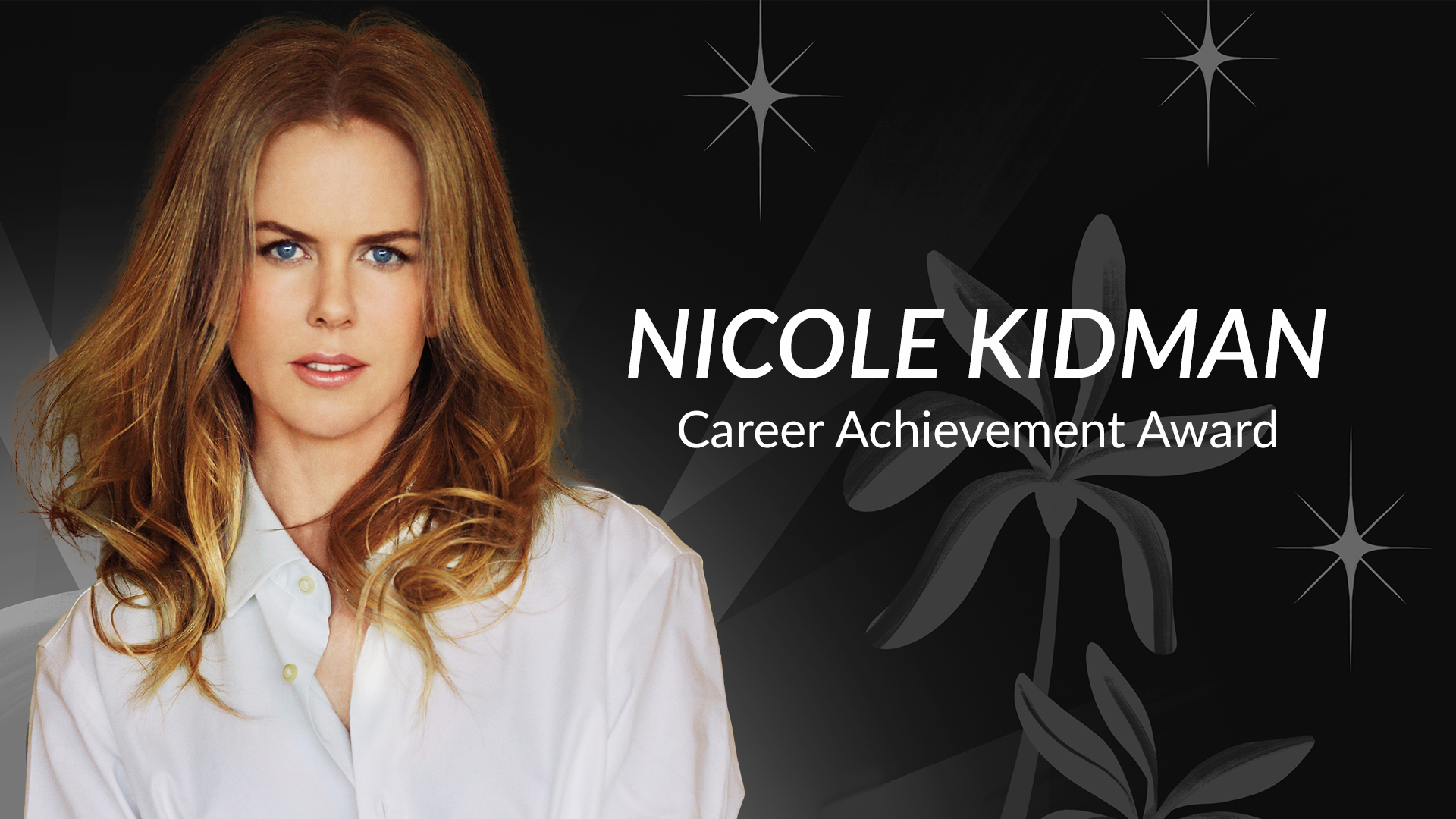 The Palm Springs International Film Awards has announced that Academy Award® winning actress Nicole Kidman is the recipient of the Career Achievement Award for her performance in Being the Ricardos. The Film Awards will take place in-person on January 6, 2022 at the Palm Springs Convention Center, with the festival running through January 17, 2022. The event will be presented by American Express and sponsored by Entertainment Tonight.

“On American television there are few classic stars more beloved than Lucille Ball. Rising to the challenge of playing such an iconic talent, Nicole Kidman delivers a truly spot-on performance in capturing both the on-camera comic timing and off-camera bravery that made Lucy an unstoppable force in the 1950s and 60s,” said Festival Chairman Harold Matzner. “For this role, in the wake of her many other outstanding performances, we are thrilled to present the prestigious Career Achievement Award to Nicole Kidman.”

In Being the Ricardos, Lucille Ball (Nicole Kidman) and Desi Arnaz (Javier Bardem) are threatened by shocking personal accusations, a political smear and cultural taboos in a revealing glimpse of the power couple’s complex romantic and professional relationship. The film goes into the writers’ room, onto the soundstage, and behind closed doors with Ball and Arnaz during one critical production week of their groundbreaking 1950s sitcom “I Love Lucy.” Academy Award®-winning writer and director Aaron Sorkin’s behind-the-scenes drama also features J.K. Simmons, Nina Arianda, Tony Hale and Alia Shawkat.

Nicole Kidman is an internationally recognized actress and producer known for her range and versatility, and is the recipient of an Academy Award®, BAFTA and SAG Award, two Emmys® and five Golden Globes®, along with countless nominations. In television she was recently seen in HBO’s “The Undoing,” also serving as an executive producer on the series with her production company Blossom Films. In addition to HBO’s “Big Little Lies” she starred in Ryan Murphy’s Netflix adaptation of the Broadway musical “The Prom” alongside Meryl Streep, Kerry Washington, and James Corden. Kidman first came to the attention of American audiences with her critically acclaimed performance in Phillip Noyce’s Australian psychological thriller Dead Calm, going on to acclaimed roles in Gus Van Sant’s To Die For, Baz Luhrmann’s Moulin Rouge!, Alejandro Amenábar’s The Others, and Stephen Daldry’s The Hours, winning an Oscar®, Golden Globe® and BAFTA® for her portrayal of writer Virginia Woolf. Her other film credits include Rabbit Hole, Lion, Billy Bathgate, Cold Mountain, Birth, The Paperboy, Destroyer, Eyes Wide Shut, Nine, Beguiled, Boy Erased, Aquaman and Bombshell.

Support the Palm Springs Tribune By pledging your support to the Palm Springs Tribune, you are directly supporting the growth of more localized news stories. Your financial support helps to keep our stories free to read to the entire public, instead of hidden behind paywalls. We believe when local reporting is widely available, the entire community benefits. Thank you for investing in our shared neighborhoods.
%d bloggers like this: