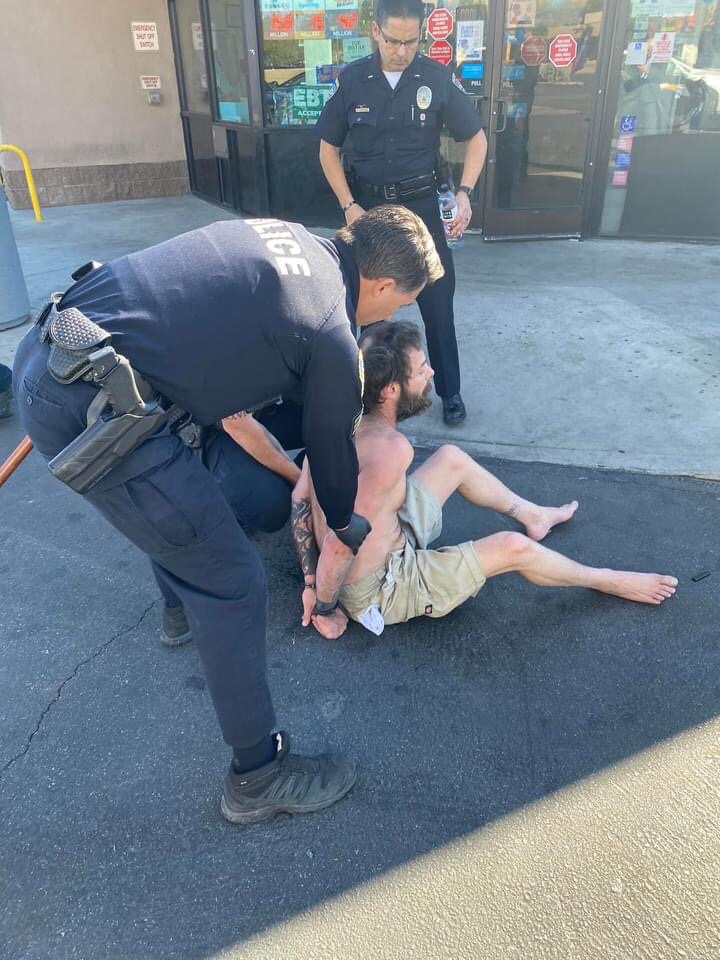 At approximately 10:51 AM, PSPD received reports of a stabbing that occurred in the 1300 block of E Vista Chino. When officers arrived they contacted one victim with non-life threatening injuries.

Officers learned that a neighbor of the victim’s approached him and an altercation ensued. During the altercation, the suspect, identified as Christopher Freitas stabbed the victim with a knife. Freitas then fled the area on foot. The cause of the altercation is under investigation.

While on scene, PSPD received reports of a man with a knife matching Freitas’ description at the AM/PM in the 1700 block of E Vista Chino. Officers arrived and found Freitas outside the store where he was detained without incident.

Officers quickly learned that Freitas was inside the AM/PM acting erratic, eating food, and when asked to stop eating the food, he grabbed the plastic partition of the counter and demanded cigarettes from the clerk. When the clerk refused, Freitas walked around the counter, grabbed a pair of scissors and aggressively approached the clerk attempting to stab the clerk.

Patrons inside the store reacted quickly and grabbed Freitas, throwing him to the ground and fighting with him. Freitas was thrown outside the store by the patrons, at which point PSPD arrived and detained him.