It’s a girl! the living desert welcomes a healthy giraffe calf to the herd 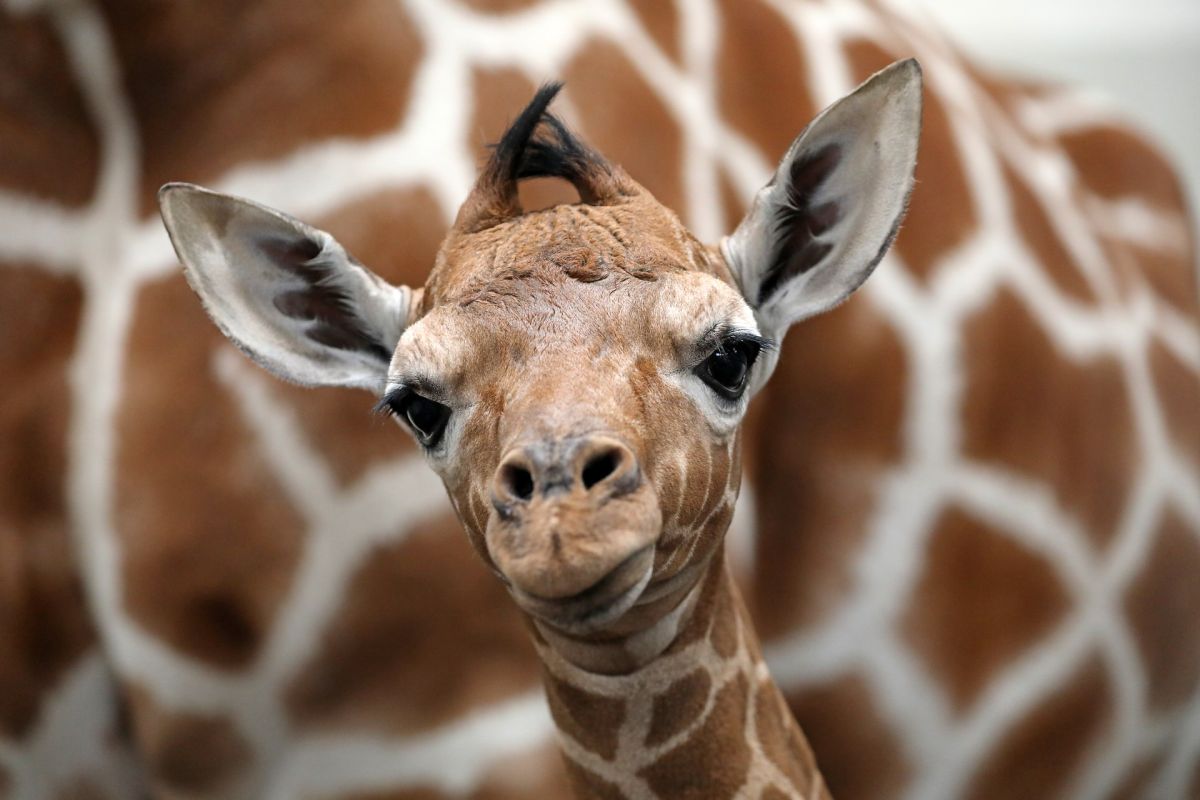 The Living Desert Zoo and Gardens is excited to announce that the giraffe calf born on the giraffe savanna habitat on February 21, 2022, is a girl!

“This sweet giraffe calf has captured the hearts of the community,” said RoxAnna Breitigan, Director of Animal Care. “Many of our guests had a front-row seat along the guest pathway and hearing their collective excitement as the calf was born and began to stand was a true delight.”

“The calf is healthy and bonding well with mom. She weighed in at 143 pounds and stands 5’10” at her well-baby exam this morning,” noted Dr. Andrea Goodnight, Head Veterinarian at The Living Desert. “Shellie is doing great as a first-time mom.”

The female giraffe calf was born to first time parents, Shellie and Kelley. The calf’s mother, Shellie Muujiza, was born at The Living Desert on August 27, 2017.  She was named by long-time zoo supporter and philanthropist, Harold Matzner. Six-year-old father, Kelley, was born on May 15, 2016 and came to The Living Desert in 2018 from Wildlife Safari in Oregon.

The birth of the calf is a successful result of the Species Survival Plan (SSP®) recommendation, which ensures the genetic sustainability and diversity of the species in human care. Giraffe gestation is about 15 months.  The calf will now nurse for nine to 12 months and begin eating foliage at about four months.  The giraffe will double her size in the first year of her life.  Giraffe have their own individual spot-like markings and no two giraffe have the same pattern, similar to humans’ unique fingerprints.

Currently listed by the IUCN (International Union for Conservation of Nature) as vulnerable, giraffe populations have declined up to 40% over the last 30 years. There are fewer than 98,000 giraffe in the wild.  Native to southern and eastern Africa, major threats to giraffe population is habitat loss and fragmentation, civil unrest, and ecological changes.

The calf is currently bonding in the behind-the-scenes barn with her mother.  She is expected to be introduced back onto the giraffe savanna next week.  The Living Desert is now home to a herd of 10 giraffe.

Visitors can get up-close and personal with these majestic animals by participating in the giraffe feedings from 9:00 a.m. to 3:00pm, daily. The cost is $8 per person or $6 for members. For more information, visit www.LivingDesert.org or call 760-346-5694.