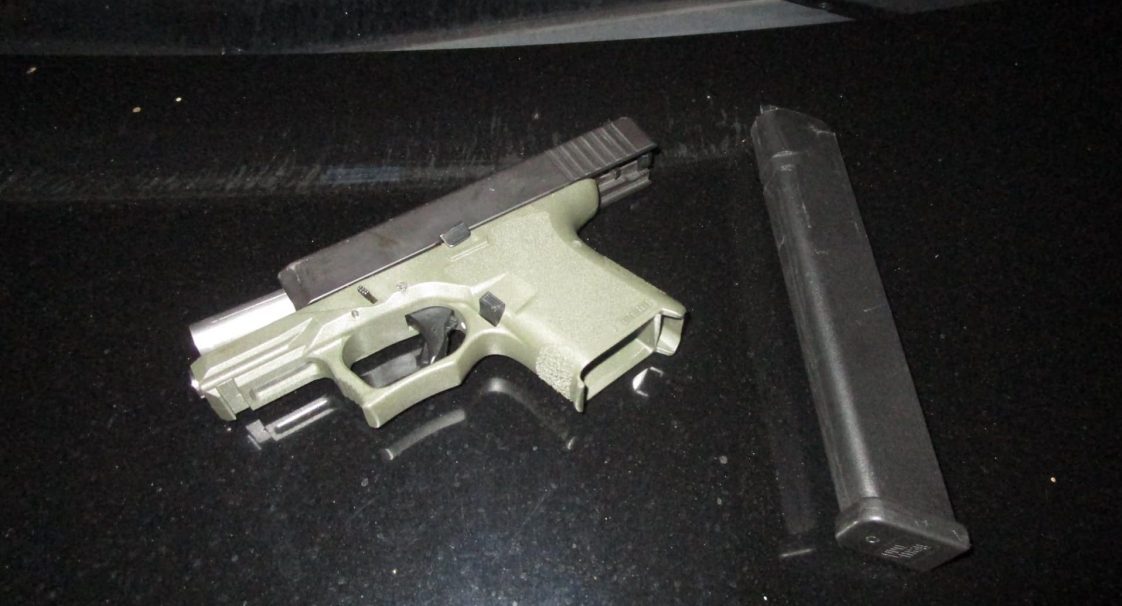 Early this morning, at approximately 12:50 AM, PSPD Dispatch received the report of gunshots in the area of South Palm Canyon Drive and Baristo Road. The caller reported that a black Nissan Sentra was seen in the area and the driver appeared to have a firearm. PSPD Officers responded to the scene and spoke with the caller who had last seen the vehicle in the area of 200 West Ramon Road.

While checking the area, PSPD Officers located a male subject lying on the ground next to a black Nissan. The subject was contacted and identified as Winston Ceja (a 24-year-old resident of Banning). Ceja was intoxicated and found in possession of a semi-automatic pistol with a high-capacity magazine. Ceja was subsequently arrested and charged with multiple weapons violations, which included PC 246.3 – Negligent discharge of a firearm.

Officers checked the area where the shooting was alleged to have occurred and no victims were identified and there was no evidence located related to a structure or vehicle being struck by the gunfire.

If you were a witness to this incident, we ask that you contact the Palm Springs Police Department Detective Bureau at 760-323-8144.

Anonymous information can also be provided to Crime Stoppers at 760-347-7867.