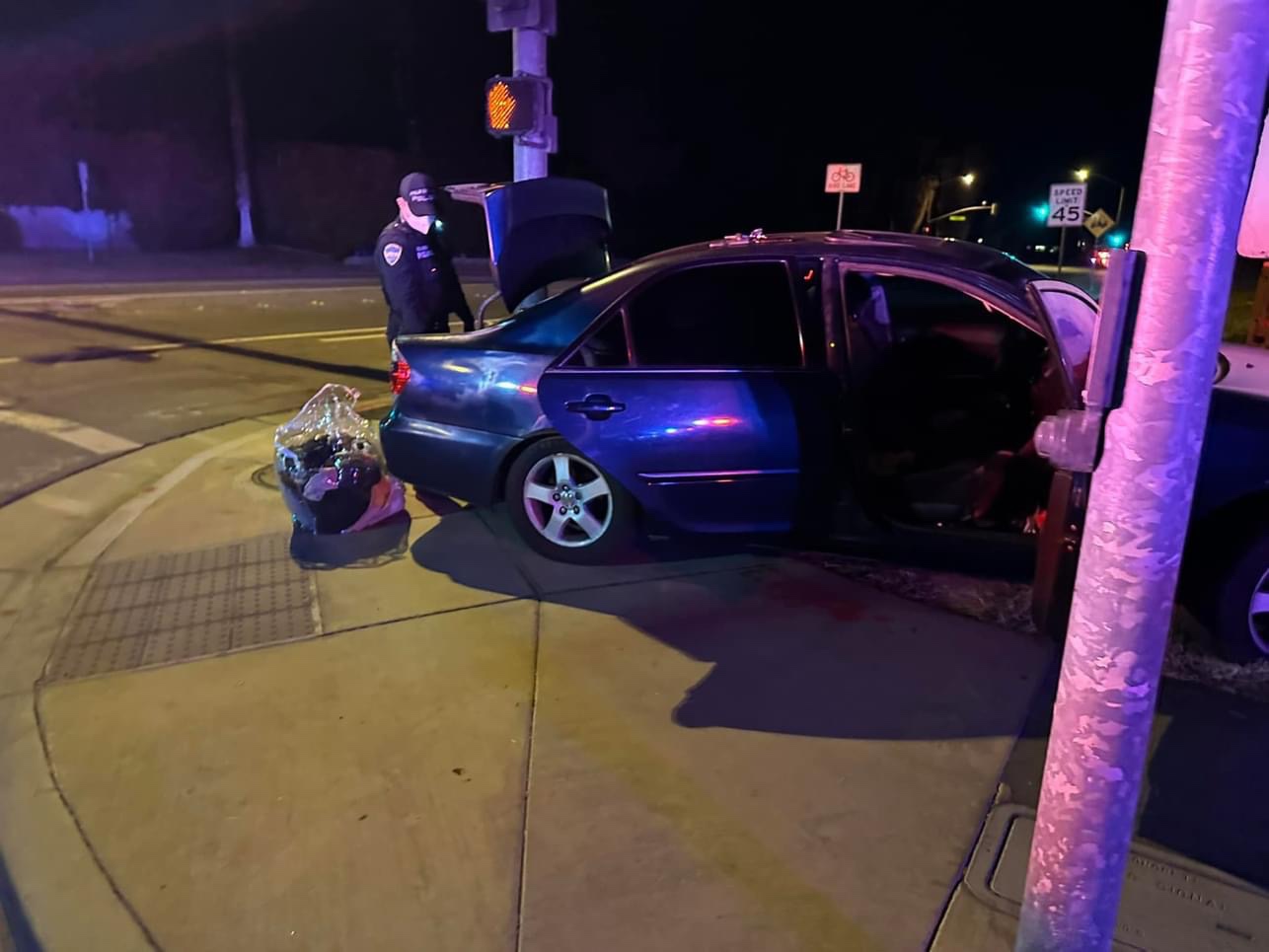 On Tuesday, December 20, 2022, the PSPD Crime Suppression Team was patrolling the south end of Palm Springs, after reports of burglaries, in recent weeks.

Just before 10:00 PM, the officers attempted a traffic stop, in the area of Murray Canyon Drive and South Toledo Avenue, when the driver of a Toyota Camry sped-off, resulting in a high-speed pursuit, exceeding 70-80 mph. . The pursuit proceeded to eastbound Laverne, northbound Sunrise, to eastbound Mesquite. At times, the driver of Camry was driving the wrong way and running stop signs. The driver eventually made a southbound turn into a cul-de-sac, on Saint Thomas and stopped in a driveway.

As officers got out of their vehicle, one suspect ran away from the passenger side of the Camry, while the suspect driving the car backed up at a high rate of speed, ramming the officer vehicle and pinning two officers between the police vehicle and the Camry. The Camry hit both passenger doors of the patrol vehicle. The officers were stuck between the doors and the door frames. Both of their heads shattered each of their windows and the interior of the rear passenger door shows damage from one of the officer’s legs.

One of the suspects sped off in the Camry, resulting in a second pursuit, with another PSPD officer. The Officer saw the Camry collide into rock landscaping, on the northeast corner of Farrell Drive and Mesquite. The driver, later identified as a juvenile, then got out of the car and jumped over the wall of a nearby country club golf course. A perimeter was established and multiple local agencies, including the San Bernardino County Sheriff’s Department helicopter 40 King helped in the search for the suspects, who were both found a short time later.

After the pursuit, PSPD investigators found four stolen catalytic converters and a Sawzall, inside the suspect vehicle.

PSPD is grateful to report both of our officers involved are feeling better and recovering. One was taken by ambulance to a local hospital and is in stable condition, as of Wednesday morning. The other officer was treated at the hospital and has been released.

The suspect who ran away just before the collision is identified as 63 year-old Ivory Barnes, of Indio. He had a felony warrant and was arrested and booked into the Indio Jail. His bail is set at $210,000. The 15 year-old, male suspect, also of Indio was later booked into Juvenile Hall. See charges below. Additional charges may be pending.