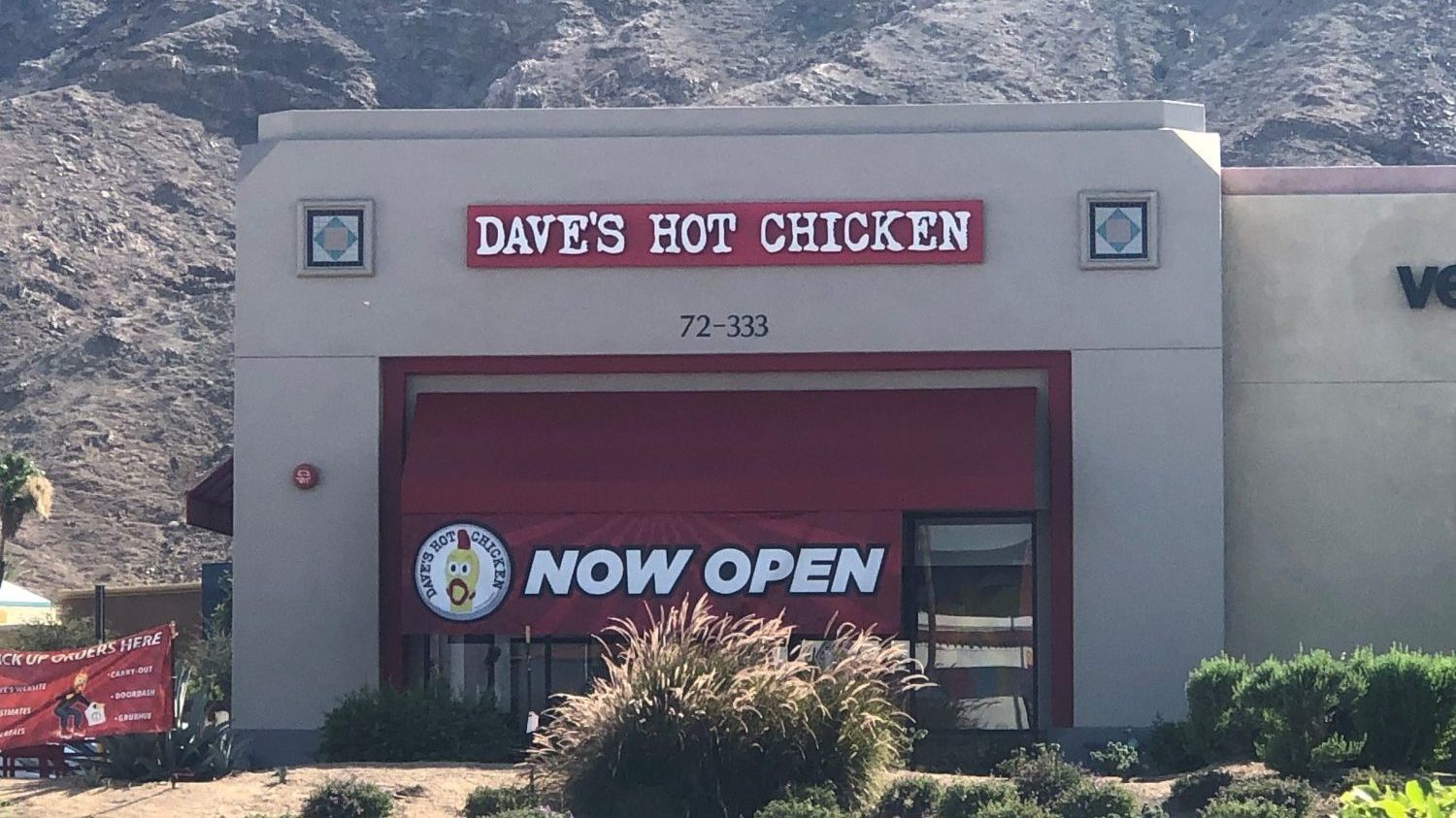 Hot chicken has been a growing rage in Los Angeles and now the phenomenon has expanded in the Coachella Valley with the recent opening of Dave’s Hot Chicken in Palm Desert adding to their Indio location.

The growing chain originally launched in 2017 as a pop up shop in Los Angeles but now has expanded to over 30 restaurants in California and 62 nationwide.

It’s recent opening is off CA-111 right in the heart of Palm Desert. Hot chicken choices range from lite mild and no spice to extra hot and reaper.

Their story according to them states, “Dave’s Hot Chicken was created by best friends Dave Kopushyan, Arman Oganesyan, and Tommy and Gary Rubenyan. Dave, a chef trained in Thomas Keller’s (French Laundry) organization set out to create the perfect Hot Chicken by searching, tasting, and frying. The four friends scrounged up $900 to put a tiny stand in an East Hollywood parking lot. The menu was simple, and the chicken was the star. And what chicken it is! Sourced and prepared to be the juiciest and most tender imaginable with each piece topped with Dave’s own mix of spices ranging from No Spice to “The Reaper.”

A year later, the boys had the money to open a shop in a hip strip-mall with décor by local street artists, where the crowds continued to grow with wait-times of an hour and more. From there, the incredibly craveable “Hot and Spicy” varieties have created a cult following with rave reviews across the U.S. and Canada.”

And juicy it was! My friends and I tried the chicken sliders spiced mild served with kale slaw, pickles, and Dave’s sauce with scrumptious fries. The chicken was juicy and the rub was flavorful. The location was clean and run well.