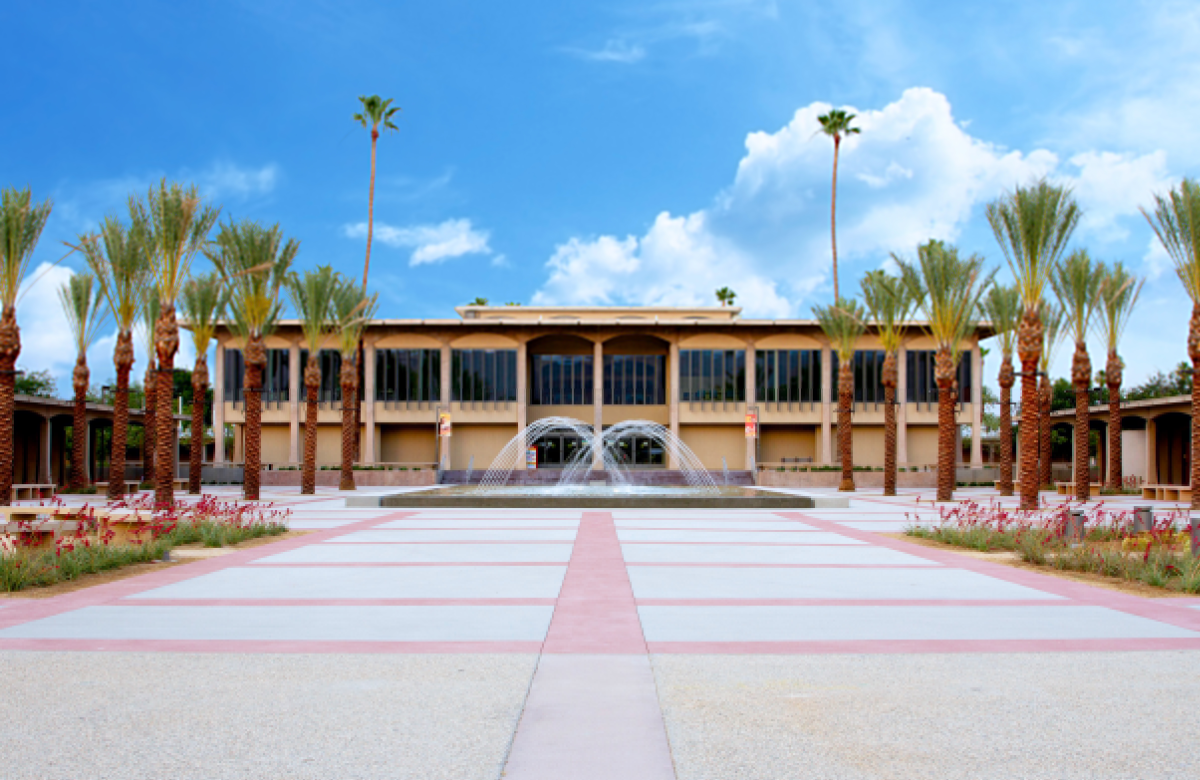 In an effort to improve quality of life for residents in the northern part of the city, the City of Palm Springs sent a letter this week to the attorney for College of the Desert, (COD), proposing to purchase 119.4 acres at the northwest corner of Tramview Road and Indian Canyon Drive, originally intended to be the home of the long-anticipated COD West Valley Campus. As part of the proposal, the $5.7 million dollar purchase price would be used by COD as another safeguard to ensure the West Valley campus is completed– and contingent upon the college committing to the full project scale and scope previously agreed upon.

The letter, written by City Attorney Jeffrey Ballinger, also notes that the City learned during an April presentation to Council from COD Board Chair Ruben Perez, that the college needs the proceeds from the sale of the property on the North End to support the development of the new plan for the West Valley Campus on Tahquitz Canyon Way. The purpose of the presentation by Perez was to address growing community concerns that COD was no longer committed to the full scope and scale, and may in fact, redirect substantial funds promised to other endeavors.

In the letter to COD, Ballinger lays out a proposal in which the City would purchase COD’s North End property, which was originally purchased by the City of Palm Springs from the Department of the Interior for $2.1 million – and then generously transferred to COD in July of 2010, with the specific intention that it be used for the location of the West End campus. The project was to be paid for by the 2004 voter-approved $346.5 million bond Measure B, as well as the 2016 voter-approved $577 million bond Measure CC. However, the college abandoned its plans to develop the North End site – and purchased property on Tahquitz Canyon Way, the location of the former Palm Springs Mall, for $22 million.

“The City Council understands that, after more than 17 years with very little progress, costs for the West Valley Campus may well have escalated. But area residents point out that it appears inconsistent, if not disingenuous, to suggest that the proceeds from the sale of the North End site, estimated at under $6 million, are essential to build a $345 million West Valley Campus that COD may downsize to a fraction of what bond payers will be required to pay for the Campus,” Ballinger states in the letter. He goes on to argue that in such a scenario, West Valley residents not only potentially pay the full cost of bond proceeds that may never be invested at the scope and scale promised, but also pay for property that COD intends to sell for profit, despite the potential reduction in investment in the West Valley.

In addition, Ballinger argues, “It seems reasonable that if COD no longer intended to honor the vision to invest directly in North Palm Springs that the property would be returned to the City and its taxpayers. This would enable the City to invest in other areas of social equity.”

If the property were returned to the City, the City would then be able to invest in affordable housing, commercial developments like a grocery store, community facilities that provide job training, childcare and a host of other programs that would directly benefit residents.

“Instead, COD sought to sell the site on the northern end of the city to the highest bidder, a residential developer, with no consultation or agreement from the City and ignoring the legal requirement that COD agreed to as recorded in the deed restriction to only utilize the property for the “West Valley Campus,” Ballinger states in the letter.

He also notes that COD is well aware that the property cannot be presently developed for market rate residential housing, due to the deed restriction COD signed and recorded.

The City’s proposal stipulates the following:

The northern end of the City is home to many lower income residents who have asked City leaders for enhanced educational and job opportunities. This area is part of Palm Springs District 1, which is majority non-white with numerous disadvantaged residents. The area has also long been considered a critical component in broader efforts to invest in social equity.

“In the interest of fairness to residents living in the northern part of the city who were promised a new college campus, it is important that the North End property be returned to the City of Palm Springs and be used for their benefit,” said Mayor Lisa Middleton.

“In addition, the City of Palm Springs requests that COD honor their promise to our voters and students and again commit to the full scope and scale of the proposed campus on Tahquitz Canyon, which is critical to the City’s economic future and development,” said Middleton.

“These two voter-approved bond measures total nearly a billion dollars — and 17 years later we still don’t have a completed campus. This is a strong proposal to change that — and we look forward to working with the college moving forward,” she added.