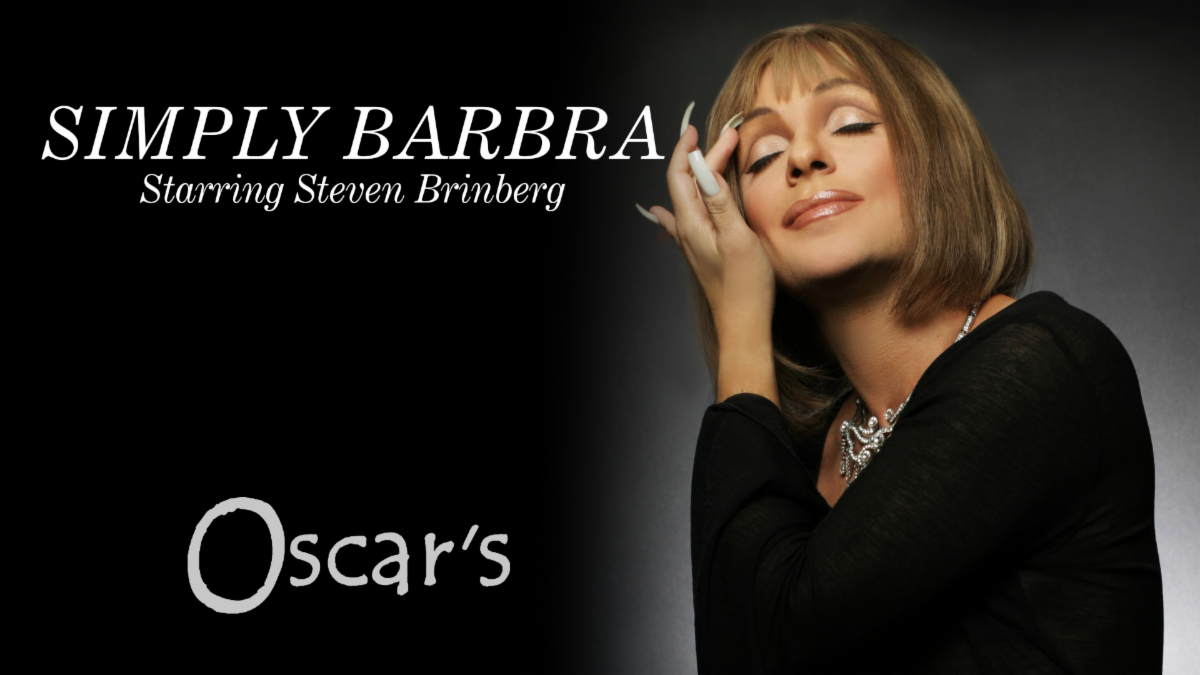 STEVEN BRINBERG has been performing his live vocal and comic impression of Barbra Streisand for two decades around the world. The first SIMPLY BARBRA show began in his native New York where it ran for three years and has since played across the US, in London’s West End, Dublin, Edinburgh, Glasgow, Sydney, Melbourne, Barcelona, Bangkok, Puerto Vallarta, Toronto, and more.

Steven spent 11 years touring with Marvin Hamlisch and his symphony orchestra as a special guest star. Stephen Sondheim requested his appearance at his birthday concert at the Library of Congress. Terrence McNally wrote narration for him to read as Barbra at a concert at Lincoln Center. He has also perfomed at special events for such notables as Donna Karan, Joan Rivers, Catherine Zeta-Jones and Liza Minnelli

The constantly updated SIMPLY BARBRA show has earned two MAC awards, a bistro award and is nominated for a 2018 ROBBY award for theatre and cabaret in Los Angeles

Steven has released two CDS LIVE IN LONDON and SIMPLY BARBRA DUETS than can be found online at www.simplybarbra.com.

He will be performing at Oscar’s in Palm Springs on Friday September 23rd. Tickets can be purchased at Oscars from $29.95 – $39.95 at https://oscarspalmsprings.com/product/simply-barbra-starring-steven-brinberg/ with a $20 Food/Drink Minimum