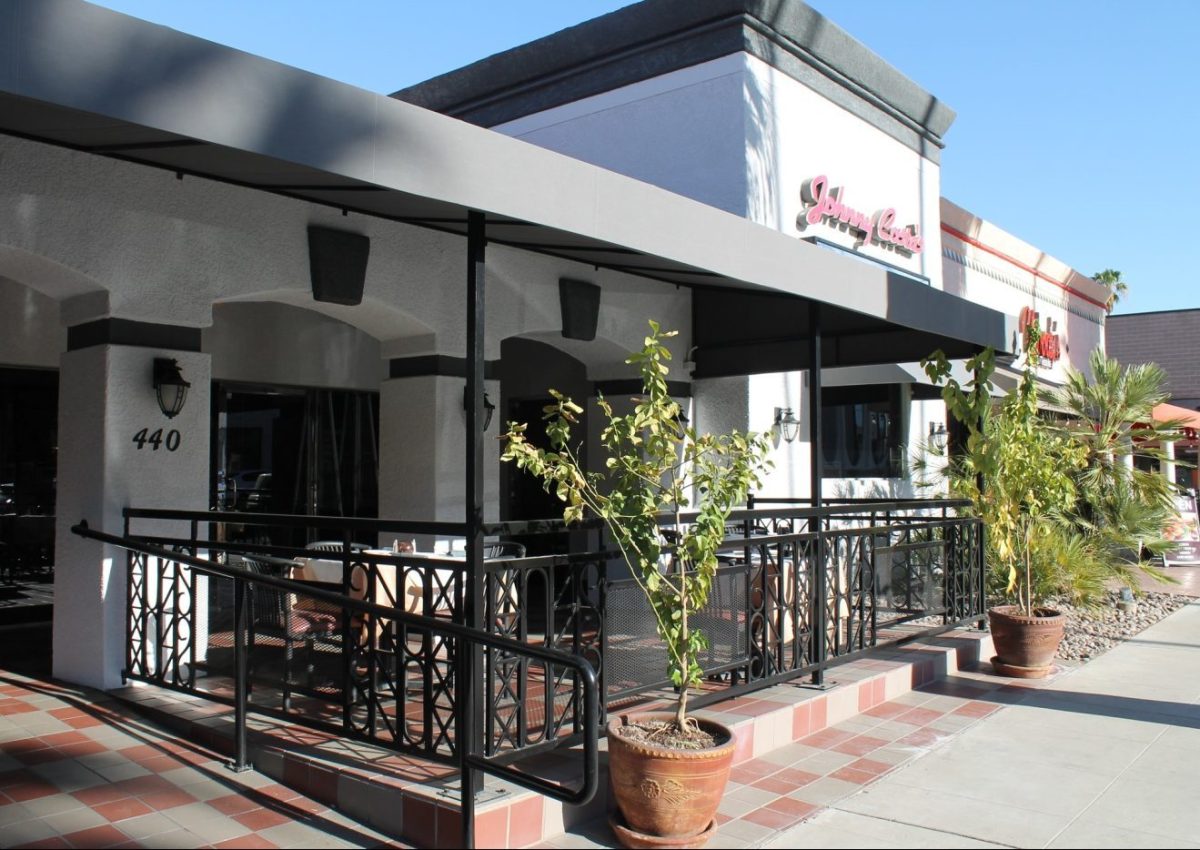 Johnny Costa’s Ristorante recently won our Readers Choice 2022 Foodie Awards in the category of Best Italian. The family run restaurant has served traditional Italian food at their current location right off Palm Canyon Drive in Palm Springs since the 1990s.

Before that, they had a location in Cathedral City and originally opened their doors in the desert in 1976 in Desert Hot Springs.

The beloved Johnny Costa passed away on September 4, 2019 at age 87 and is survived by the Costa family who continue to run the restaurant and carry on the legacy of their dad.

Johnny Costa was born in Naples, Italy. After immigrating to America, he worked in both New York and Las Vegas before moving to Hollywood in the 60’s and finally to the Desert in the 70’s.

While in Hollywood, Costa became friends with the owner of the Villa Capri Restaurant, which became a Hollywood celebrity hangout in the 60’s. He got hired as a Sous Chef and was noticed by none other than Frank Sinatra who liked the way Johnny cooked one of Sinatra’s favorite dishes called the “Steak Sinatra.”

“When Johnny moved to the desert in the early 70’s Johnny began working with Tony Riccio, who was the owner and Maitre’d of Club Trinidad in Palm Springs,” current location of the Purple Room. “During that time Steve McQueen, Bob Hope, and the Rat Pack frequented Club Trinidad which became a Palm Springs celebrity hang out.

By the 70’s, “Johnny Costa became good friends with Sinatra,” and “found himself as the performer’s personal chef at his desert home. Around the same time, he opened his eponymous restaurant, which started in Desert Hot Springs and then moved to Cathedral City before landing, permanently, in Palm Springs. Frank Sinatra was once a regular at this fine Italian restaurant, where his favorite juicy steak and clam dish is still named after him.”

The ristorante serves up quality and comfort Italian food. Their menu includes all the Italian staples one could expect when dining out on the town in Palm Springs. Traditional dishes like Linguini with Clams, Lasagna, Cioppino, Chicken Parmigiana, and Penne Sausage and Peppers are all on the menu. Antipasto, Caprese, and Calamari Fritti are all on the menu too. Staying true to Sinatra’s taste buds, Johnny Costa’s offers up mouth watering steak dishes like New York Steak, Steak Bordelaise, and none other than the famous dish, the Steak Sinatra.

Their dessert menu is one to get your sweet tooth ready for as Johnny Costa’s offers a generous amount of scrumptious choices including Johnny’s Homemade Tiramisu, Apple Crumble with Caramel, Spumoni Ice Cream, and Cannolis among other flavorful choices.

I’d like to end this Palm Springs Tribune’s Readers Choice 2022 Foodie Award tribute to Johnny Costa’s Ristorante with their own quote:

“Visit Johnny Costa’s Ristorante where the atmosphere takes you back to a nostalgic era you only see on film — a romantic setting with soft lighting, exotic woods, candlelit tables, cozy booths, and classic Italian music playing in the background.”