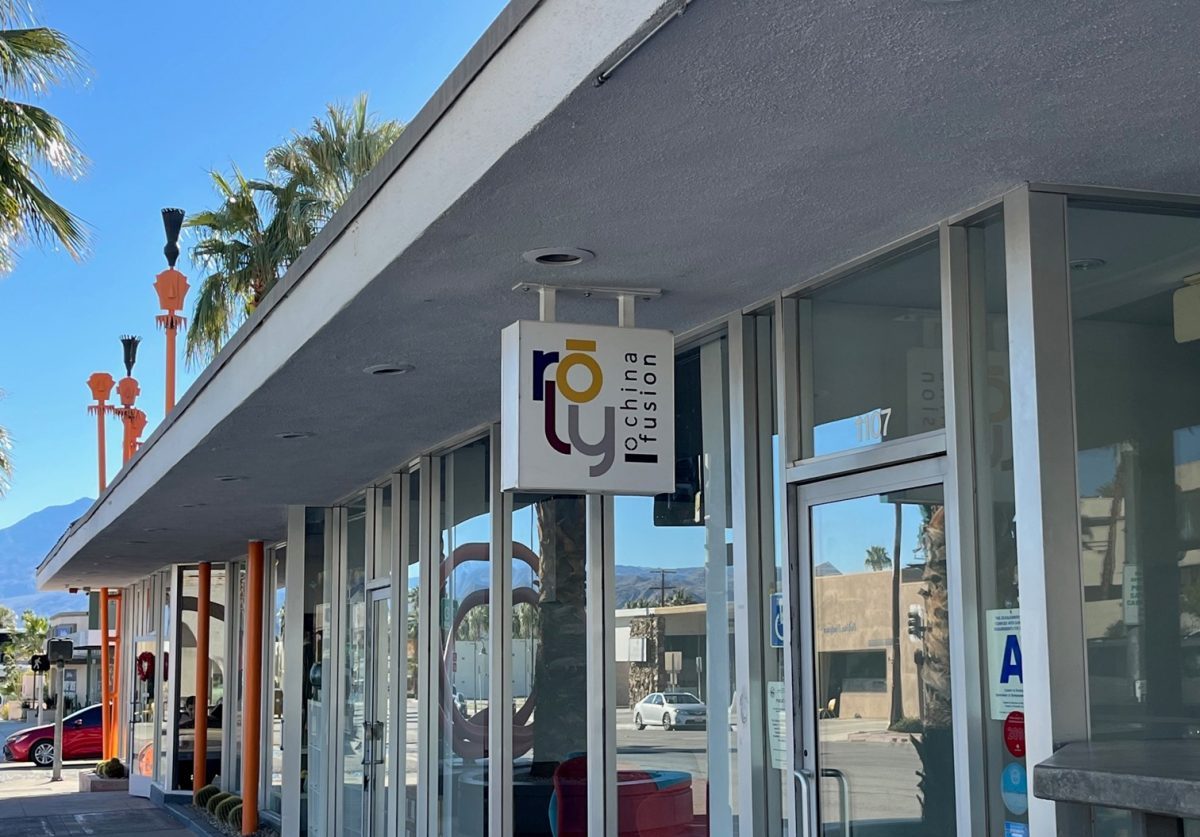 Roly China Fusion is the brainchild of Palm Springs Chef and Restaurateur Chad Gardner and our most recent winner of the Palm Springs Tribune Readers Choice Foodie Award in the category of Best Chinese Restaurant.

Chef Chad Gardner, originally from Sonoma County, has amassed extensive experience and success in the greater Palm Springs area with his ownership stakes in 533 Viet Fusion, 1501 Uptown Gastropub, and most recently Willie’s in Rancho Mirage.

According to Gardner himself, he has “a passion for exotic and the unexpected. His restaurants and signature events convey his zest for life, inviting guests to live large with eclectic dishes and bold decor mixed with entertainment, games and an open-armed, welcoming atmosphere.”

Are you a fan of Dim Sum? If so, Roly Fusion has you covered. The restaurant has tasty Dim Sum options cooked by Chef Yolanda Orozco Cheek that include Pork Pot Stickers, Shrimp and Vegetable Dumplings, and Pork and Shrimp Shu Mei among other choices. All dim sum options are served with a trio of Roly China Fusion house sauces which include their Chinese black vinegar sauce, house-made chili sauce, and ginger tamari sauce.

There are even Vegan options for those who prefer it which include Sweet and Spicy Cauliflower and Mushroom Ginger Mixed Vegetable Stir Fry with an added Fried Tofu option among others.

The restaurant, located in Palm Spring’s trendy uptown design district makes sure to pay homage to Chad and Roly’s LGBTQ roots. Roly China Fusion features weekly weekend Palm Springs Drag Brunches on both Saturdays and Sundays from 10:30am – 1:30pm offering up dim sum, soups, and other Chinese dishes in addition to the entertainment.

Chad Gardner, Chef & Owner, Roly China Fusion hopes you’ll taste the love in his food. Sharing his personal story, he writes,“My mom was very influential in my cooking life, she was a chef in Sonoma County, and cooking was all about love for her. I’ve inherited that gene. It’s a way I kinda express my love for people I care about. My hope is that they can taste it in my food. That’s the driving passion.”